36 reviews
BRAND NEW PRODUCT! One bottle lasts 30 days
DermaScript™ is a patent-pending blend of biotin, skin-loving probiotics (ProBeautyShield) and a special complex of antioxidants called SkinAx, which helps to rejuvenate your skin, help with acne, dryness or oiliness, and fine lines. It may also help reduce the signs of dark cycles and itchy or scaly rashes. Even if you don't have those concerns, but would like the collagen-boosting effects and soft skin, DermaScript does that! May reduce sensitivity, redness and itchiness. Ingredients are in a special DR® Acid-Resistant Capsule so you may take it anytime, without regard to meals.

Designed to improve wound healing and give you a clear, beautiful complexion:

Thank you for submitting a review!

Your input is very much appreciated. Share it with your friends so they can enjoy it too!

United States
You must try

I am on my fifth month. Not only is my skin clearer my hair is thicker and not loosing nearly as much when I shampoo 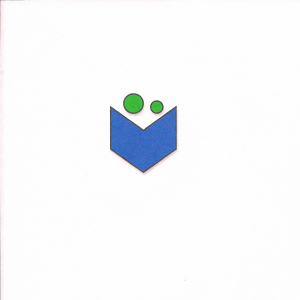 Soon after starting to use DermaScript, I noticed that the skin tones on my face appeared more consistent. Because I don’t wear much make-up normally—and even less so when I’m wearing masks on a daily basis due to COVID concerns, I was especially glad to see such improvement!

I am amazed at how Derma Script works so fast! I have had peeling, soft nails all of my life and they are finally growing and strong! Thank you for formulating this wonderful supplement!

I started to develop itchy skin rashes in late, last December. It was about the same time that I bought a new mattress. The rashes started in in the upper arms and, eventually, migrated to my thighs. I suspected that chemicals in the mattress might be the cause. I found out that many of the popular mattress manufacturers were using dangerous chemicals as glues and fire retardants in the mattress foam (due to a government mandate in 2007). I saw online complaints from others having skin rashes and neurological problems from the outgassing of these chemicals; some of which are: formaldehyde, boric acid, and antimony. Most of my itching occurred at night. I threw out the mattress and bought an organic one. The itching has subsided, and some of the earlier rashes have disappeared; others are, slowly, fading. I don't itch, nearly, as much, anymore, while sleeping. I've been taking your product for over a month. I've, also, been taking vitamin C supplements at the same time. Also, I've, in the past, several, days started putting baking soda on some of the later rashes that were the itchiest; it has stopped the itching. It's hard to, really, analyze if your product is working. I suspect that all of the actions I've taken have had and are having a cumulative effect in reducing my symptoms. As long as there is improvement, I will continue using Dermascript.

United States
I am seeing a difference!

I am in my 30s and started having breakouts on my forehead which have improved since I ordered this supplement.  Also fine lines seem like they are better.  I am on my third bottle! :)